The beauties of Naples are very numerous, and it is certainly not easy to provide a complete list.
Obviously, if you give yourself a holiday in Campania, at least one day must be dedicated entirely to the capital, which really contains many places of interest.

In general, what is most striking about Naples is its atmosphere, its colors and its scents… something that can only be experienced firsthand.
Among the list of places of interest we must certainly mentionSpaccanapoli, the long urban artery with suggestive settings that has divided the city since ancient times, as well as the imposing Royal Palace, the Maschio Angioino, a majestic medieval castle.

Villas are also very important attractions for the city of Naples, starting with the municipal one up to Villa Floridiana.

Obviously, Naples is also a city full of entertainment, also in terms of nightlife, and offers many delicacies to gastronomy enthusiasts; how not to taste, in an evening in Naples, a symbolic dish of the city such as pizza prepared to perfection.

Capri and the Amalfi Coast are undoubtedly among the most renowned tourist areas in the whole of Campania, and it could not really be otherwise given the splendor of their natural landscapes.

The Amalfi Coast, a coastal area that UNESCO has declared a World Heritage Site, overlooks the Gulf of Salerno and includes places known to all the world for their beauty, such as Amalfi, in fact, and Positano.

It is an extraordinary area from the point of view of natural beauty, but also very suggestive and intriguing in its hinterland; a truly ideal place for a relaxing holiday, to discover local art, or even for a stay full of fun and worldliness.

Very close to this coastal area is the splendid Capri, a karst island well known for its high-level or even luxurious tourism, however not prohibitive in prices.

If you experience an excursion to Capri, you cannot help but visit the Marina Grande, the largest colorful beach on the island, the Migliera, an extraordinary cliff especially during sunset, Punta Carena, a truly extraordinary bay, and the Blue Grotto.

The artistic beauties of Capri are no less, just remember, for example, Villa San Michele, the Gardens of Augustus, the ancient convent Certosa di San Giacomo, and of course also the hinterland of Anacapri, full of places of interest.

It goes without saying that Capri lends itself perfectly to a pleasant boat trip, to experience the enchanting sea and its rocky coasts in a profound way. To learn more about the thousand beauties of Capri and the Amalfi Coast

Having as a reference a guide to the wonders of Campania is very important to organize your holiday in this beautiful region, especially if you want to experience an itinerant holiday.

Campania is a reason that really offers a lot; in reality, to really discover it in depth, it would take a very long time, however even with a short stay you can visit, albeit in a fleeting way, all its main places of interest.

Campania is above all an extraordinary place from the point of view of natural beauty: the coastal area is extraordinary and offers unique landscapes, especially as regards the Amalfi Coast and the famous islands, Capri above all.

The inland area is no exception, and there are numerous very suggestive areas of unspoiled green, as well as natural parks.
The main city, Naples, is a varied metropolis rich in art and culture, as well as in entertainment and, why not, also in taste and good food.
Among the places of greatest historical interest we must certainly mention the localities of Pompeii and Herculaneum, which contain an inestimable artistic heritage.

An authentic symbol of Naples and Campania is alsoVesuvius, the large quiescent volcano that dominates vast areas, including the splendid coast, and is surrounded by the Vesuvius National Park which contains some very rare flora and fauna.

Going along the suggestive itineraries on Vesuvius is really a very captivating idea to discover this beautiful area of ​​Campania.
Vesuvius, as known, is a dormant volcano over 1,200 meters high, which dominates a significant part of the region and its coastal area.

For all lovers of trekking, hiking or simply for those who love being in contact with nature, Vesuvius is a truly enchanting area, capable of offering unforgettable experiences.

In the area there are many different types of itineraries, which you can choose according to the types of landscape you intend to explore, and obviously also to your age and level of physical resistance.

In short, an itinerary on Vesuvius is by no means a prohibitive undertaking from an athletic point of view, and anyone can enrich their trip to Campania with this wonderful experience.

The equipment needed for an itinerary on Vesuvius is quite simple, and is in any case suggested in detail by tour operators and organizers.

Hiking shoes, sunglasses, binoculars and a small supply of water are more than enough for an itinerary on Vesuvius; those who wish, of course, can also opt for longer and more demanding excursions, which require some additional care in the equipment.

The interest aroused by an itinerary on Vesuvius is not exclusively linked to the volcano, but also to the extraordinary natural landscapes that surround it: the Vesuvius National Park, which surrounds the volcano, is home to some very rare flora and fauna.

the city of Pompeii gathers in itself two very distant worlds: on the one hand what remains of one of the richest cities of the Roman Empire and on the other the Christian spirituality, testified by the many pilgrims visiting the renowned Sanctuary dedicated to the Blessed Virgin of rosary of Pompeii, tangible testimony of devotion to the Madonna.
The pagan and the Christian world coexist less than 800 meters away, close in space, distant in principles and aspirations, resulting in time.

Pompeii is known throughout the world for the tragedy that struck it in 79 AD, when the rich Roman city was buried by the eruption of Vesuvius, together with Stabiae, Oplontis and Herculaneum. A huge tragedy which, however, has allowed us to find intact, after almost two thousand years, a vital historical testimony, a slice of common life in the greatest empire of antiquity.

The excavations allow the tourist a leap in time, a total immersion, in a vanished world of which our Western civilization bears the “DNA” and which shows itself without sequins or tricks, but with its grandeur and its miseries.
The excavations allow us to visit the parlor of the temples, the public buildings, the rich patrician villas, but also to stroll among the ancient shops, the popular houses, the “taverns” and the brothels, where the common citizen unraveled his life.

Particularly touching is the sight of the plaster casts, an “snapshot” of the agony to which the ancient Pompeians were subjected by the hot gases coming from Vesuvius.

The geographical position of Pompeii is extremely favorable, a few kilometers from Naples and Salerno, near Herculaneum, the Sorrento coast and the Amalfi coast. The island of Capri is clearly visible from Pompeii.

Faced with so much wealth, both qualitative and quantitative of monuments, art, history, archaeological and religious testimonies, the tourist can choose either to limit himself to a fleeting visit or to plan a stay of a few days at our Hotel Poseidon.

Visiting Pompeii and Herculaneum is a truly unforgettable experience; if you spend a holiday in Campania you cannot give up discovering these two places, especially if you have a particular interest in history and art.

Pompeii and Herculaneum are two small towns that shared the same fate: a large eruption of Vesuvius, in 79 AD, overwhelmed them and partially destroyed them.

The incandescent lava mass coming from the volcano inevitably forced the inhabitants of Pompeii and Herculaneum to quickly abandon their homes to save themselves, as evidenced by ancient writings by Pliny the Younger.

At a great distance from this episode, excavations have been carried out in these localities that have brought to light buildings and objects of inestimable value, also dating back to epochs much more distant than that of the eruption.

The city of Pompeii, unlike Herculaneum, was mainly overwhelmed by ash and lapilli rather than lava, and these natural elements have preserved the architecture of the city in a truly extraordinary way, preserving them over the centuries in an impeccable way.

The excavations of Herculaneum, however, are no less, without neglecting other very important places of interest in the more modern urban area, such as Villa Campolieto and its beautiful frescoes.

Each year, Pompeii and Herculaneum attract thousands and thousands of tourists from all over the world, and have been declared a World Heritage Site by UNESCO. 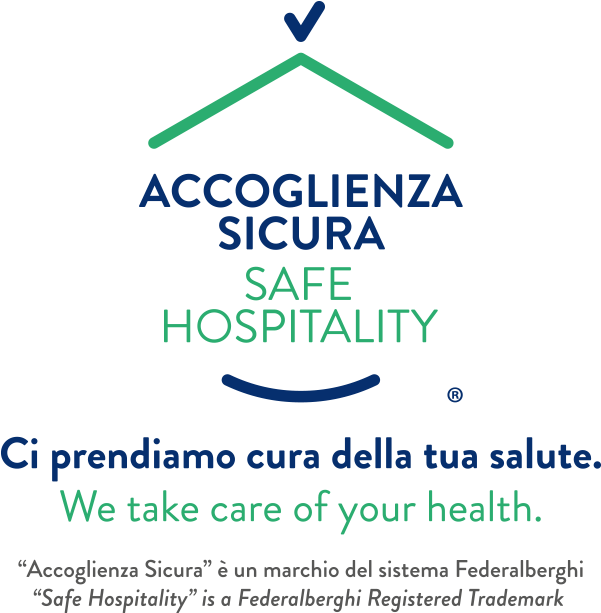